Strong visuals are essential for PR

What has made social media the success that it is, has primarily been driven by great photos and other images/videos.

The same can be said for traditional media. Even though a story may be strong on its own, when it has a fantastic image that tells its own story, it can make it to the front page and/or be given greater space inside a magazine or journal.

And because print media also have a web presence, a memorable and descriptive photo can be used in print and online thereby increasing your exposure.

90% of information transmitted to the brain is visual and visuals are processed 60,000 times faster in the brain than text.

By way of an example, as editor of a 16-page publication that is just about to go to print (for Knox City Council), a series of photos from one company stood out from the rest.

When deciding what should be placed on the front cover of the magazine, it was their photo that helped make this decision. Yes, it was a great story, but without the impressive photo it would not have made page one. 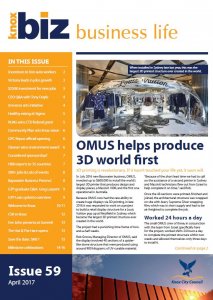 Investing in good photography will pay off. And you can use the images in so many places to amortise the cost. For example:

. To accompany media releases
. On websites
. As part of social media posts (Facebook, LinkedIn, Instagram, Twitter)
. In your newsletter
. As part of a tender
. In your company brochure (PDF or printed)
. With blogs
. To create posters
. In PowerPoint presentations
. In advertisements

Paying a photographer to capture the right image is usually worth the extra cost and they can fix any blemishes, unforeseen marks on clothing or unsuitable backgrounds in Photoshop if needed.

Needless to say, the image has to be crisp and clear, and high resolution.

Resist the temptation to use a Google image. Most are copyright so if you are found using one without permission, you could be sued. But what I do use Google images for is ideas on composition. Giving a photographer an example of what you are looking for in a shot is a great start to creating that special image.

I would also advise against using royalty free images unless it’s a one-off that won’t be republished such as for a blog post or if you are going to modify or tailor it to your needs.

And as a pat on the back to our agency, we have now been producing Knox Business Life for 20 years. To view previous issues visit:

So think strong images next time you want to make an impression and engage stakeholders.

Note: the featured image, which was NOT taken by a professional photographer, shows author Roger Mendelson with his newly published novel, Eliyahu’s Mistress, details of which can be found here: 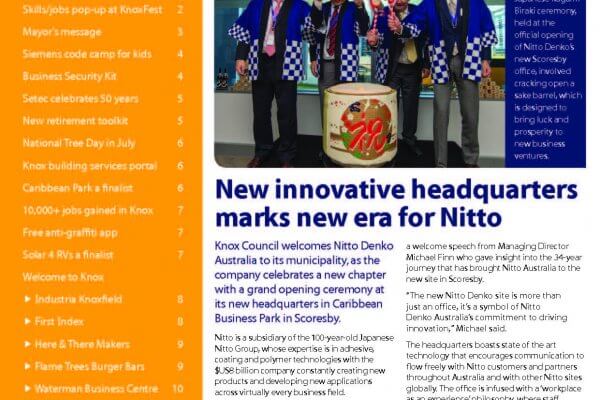 Another good post Wendy and so good to see you promoting professional photography in this age of the DIY photographer.

It’s not the device that makes for the poor quality images as Edward Western said it’s the 10 inches behind the lens that makes the difference, same for a phone camera. The way it’s used, understanding light and composition, not to mention some creative thinking and not producing another cliche` image.

All good photographs are always enhanced or made in post, what used to be the dark room, then PhotoShop, Lightroom and now many Apps on the phone are impressive and very effective, easy to use.

Taking the care to edit the image whether phone or DSLR is so important. One thing an AIPP accredited professional photography should always do is care about the images he or she is providing.

Making the image stand out if not at the time, as some times you only get a second to grab what ever is happening, but certainly in post production.

Take for example the image in your blog of the author with his new book. It’s definitely not a high impact professional image, if I may be so bold. The set up of the books is messy, the smile on the person looks mandatory, nervous and shows little energy, the image has no imagination and overall makes for a very standard shot. Not to mention the frame in the corner and the empty space on the right, and picture leans to the right taking the viewers eye away from the main subject.

Some clients don’t have a budget, sometimes it’s the time and accessibility so they take their own, and you can’t blame them.

One of the things we do now for Vic Parliament, (Members’ parliamentary secretaries) and others is to train people to take better pictures, see better, compose better and edit better so they can supply much more striking images for their social media, newsletters and other feeds.

I’d be happy to do the same for WMC PR’s clients and as always, happy to create images for those who have the budget and the desire for good imagery.

Thanks David. I’m extremely appreciative of your comments being one of Australia’s best photographers, and happy to share them with our readers. You are correct of course and I agree entirely. In rushing to get things posted one can overlook the real reason the photo is being taken in the first place: to create an attractive, attention-getting image that is pleasing to the eye, has share-ability, and many other purposes because of its quality. Thanks for your offer; sounds an excellent idea. Wendy McWilliams