Proposals for a HECS-type model to fund aged care completely miss the point, according to public finance expert Dr Marc Robinson. The HECS-type model was proposed by former prime minister Paul Keating in evidence to the Aged Care Royal Commission.

Dr Robinson said that the biggest problem facing aged care is the minority of elderly people who end up needing particularly long periods of expensive residential care because they suffer from dementia or other very severe disability.

“Everyone should be protected against this risk through social insurance, which would pay for aged care costs above a certain threshold. That way, those who end up being part of this unlucky minority would be protected from the huge financial burden of care. Everybody should pay a premium – in the form of a supplement to the Medicare levy – in order to pay for this insurance,” he said.

Dr Robinson addresses the aged care challenge, and what is needed to tackle it, in his just-published book Bigger Government: The Future of Government Expenditure in Advanced Economies. 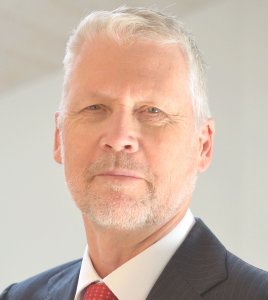 As a member of the OECD Advisory Panel on Budgeting and Public Expenditures and former staff economist at the International Monetary Fund, Australian, Swiss-based Dr Robinson has advised more than 30 countries on budgeting reforms.

“Mr Keating’s proposal is, in effect, that everyone should pay the full cost of their aged care unless there are insufficient assets in their estates to do so. This would be like having health system in which government lends everybody money to pay for their healthcare during their lives, and then grabs the estates of anyone who had incurred very high healthcare expenses during their lives due to particularly poor health.”

Dr Robinson said that a just and effective aged care system is one that not only looks after people who have limited capacity to pay, but also protects everyone against the risk of drawing the short straw in the “dementia lottery”.

“This is the principle that guides aged care policy in the countries with the best aged care systems, such as Japan, Germany and the Netherlands. Even the British conservative government of prime minister Boris Johnson is moving now to implement an insurance-type system.

“Overall, a government insurance system would be simpler and more efficient,” he added.

OECD: The Organisation for Economic Co-operation and Development is an intergovernmental economic organisation with 37 member countries, founded in 1961 to stimulate economic progress and world trade.

Dr Marc Robinson is an internationally-recognised authority on government finances with extensive experience in budgeting, public financial management and fiscal policy. He is a member of the OECD Advisory Panel on Budgeting and Public Expenditures, and also of the IMF’s Panel of Fiscal Experts. A resident of Switzerland, he is a Swiss and Australian dual national. In Australia, Dr Robinson was a senior civil servant and professor of economics. He was formerly a staff economist in the Fiscal Affairs Department of the International Monetary Fund in Washington, DC. He has consulted on budgeting and fiscal policy matters to more than 30 countries ranging from European Union members to middle and low-income countries. Dr Robinson has published many books, monographs and articles on government budgeting issues. He is a frequent guest speaker at conferences and symposiums held by international organisations and national ministries of finance. His new book (Bigger Government, The Future of Government Expenditure in Advanced Economies (376 pages, Arolla Press) documents how and why advanced nations are headed for a new era of bigger government with health, aged care and tackling climate change to have greatest impact on spending pressures. pfmresults.com & biggergovernment.com