Pandemic aside, government spending needs to increase by at least 7 per cent of GDP

Dr Marc Robinson, an Australian, Swiss-based international authority on government finances documents how and why advanced nations are headed for a new era of bigger government in his latest book, Bigger Government.

A member of the OECD Advisory Panel on Budgeting and Public Expenditures and former staff economist at the International Monetary Fund, Dr Robinson has advised more than 30 countries on budgeting reforms.

Dr Robinson says although government spending has surged during the pandemic, nearly all of this extra spending is temporary.

“The real problems for governments in Australia and elsewhere are the powerful long-term spending pressures that will necessarily make governments bigger. It’s how we manage the growth that will be crucial to our future,” he said.

“Government health spending, which is responsible for approximately 70 per cent of total health expenditure, will need to grow enormously. But not so much because of the need to build better defences against future pandemics. Rather, it is mainly because of the technological revolution that is gathering pace in the health sector, particularly on precision medicine and other new technologies.

“Governments will also be compelled to spend big on fighting global warming, fixing ailing infrastructure and providing adequate aged care for rapidly greying populations. The combined effect of these and other spending pressures threatens to drive budget deficits and government debt through the roof.

“There is no way that substantial tax rises can be avoided. In this challenging context, government spending needs to be focussed on addressing real problems rather than imaginary ones.” 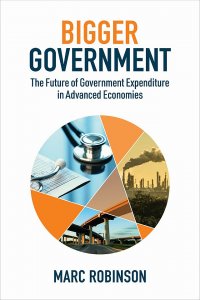 These and other topics such as a Universal Basic Income, elderly care provision, which is extremely poor in Australia compared to countries such as Japan, the Netherlands and Germany, climate change and infrastructure deficits are covered in Marc Robinson’s new book, Bigger Government, The Future of Government Expenditure in Advanced Economies (376 pages, Arolla Press).

This far-sighted book is about the future of public spending in advanced economies over the time horizon of the next 30 years. Its central proposition is that government is set to get considerably bigger, growing in most countries by at least seven per cent of gross domestic product between now and the middle of the century.

This rise will be triggered by major external forces and pressure points that will be very difficult to resist.

“With government debt shooting up in the wake of the pandemic, we must focus on the right priorities,” Dr Robinson said.

“An important message to heed is that those on the right need to abandon pipedreams of small government and those on the left need to recognise that money for costly projects won’t exist.”

Bigger Government is available at all good bookstores in hardback ($36.99) and paperback ($24.99). More information from: biggergovernment.com

“This book represents a path-breaking original contribution to our understanding of the future of public finances in advanced economies. It challenges traditional dogmas on drivers of public spending and instead suggests that irrespective of political leaning of governments, advancements in health care technology, delayed actions on climate change and long-term care will drive public spending through the roof in coming decades in advanced countries. This book is a wake-up call for policy makers to take action now on emerging challenges or face the wrath of electorates in justifying higher taxes in future. It is a must-read book for policy makers, practitioners, scholars and students.” Anwar Shah, Senior Fellow, Brookings Institution and Director, Governance Program, World Bank Institute (2004-2009)

Dr Marc Robinson is available for interview and can write a tailored and exclusive op-ed for selected media organisations (selection of topics available). Contact Wendy McWilliams (details below).

OECD: The Organisation for Economic Co-operation and Development is an intergovernmental economic organisation with 37 member countries, founded in 1961 to stimulate economic progress and world trade.

Dr Marc Robinson is an internationally-recognised authority on government finances with extensive experience in budgeting, public financial management and fiscal policy. He is a member of the OECD Advisory Panel on Budgeting and Public Expenditures, and also of the IMF’s Panel of Fiscal Experts. A resident of Switzerland, he is a Swiss and Australian dual national. In Australia, Dr Robinson was a senior civil servant and professor of economics. He was formerly a staff economist in the Fiscal Affairs Department of the International Monetary Fund in Washington, DC. He has consulted on budgeting and fiscal policy matters to more than 30 countries ranging from European Union members to middle and low-income countries. Dr Robinson has published many books, monographs and articles on government budgeting issues. He is a frequent guest speaker at conferences and symposiums held by international organisations and national ministries of finance. pfmresults.com & biggergovernment.com 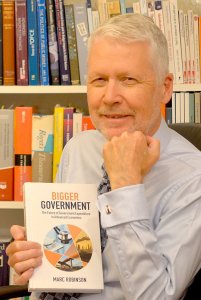 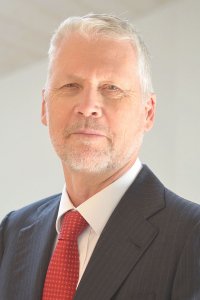 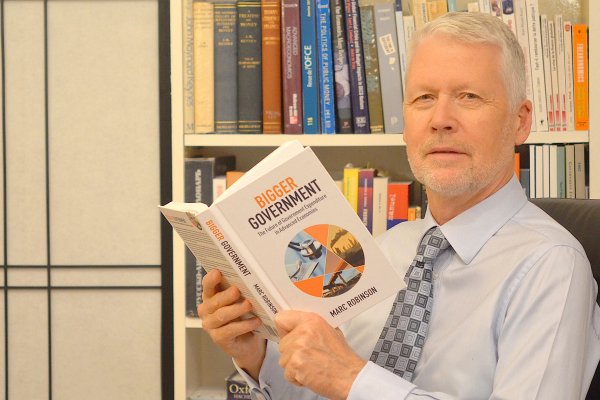