Aussies are currently leading the charge in uploading photos and videos of illegal and bad road behaviour on the new global Roadshamer.com website.

80 have been received at Roadshamer over the past week, more than any other country, and it doesn’t look like stopping soon!

Until now, most bad drivers would usually get away with their behaviour. But with the prevalence of dashcams and hundreds more being sold each week, these anti-social drivers will be outed — sooner rather than later. 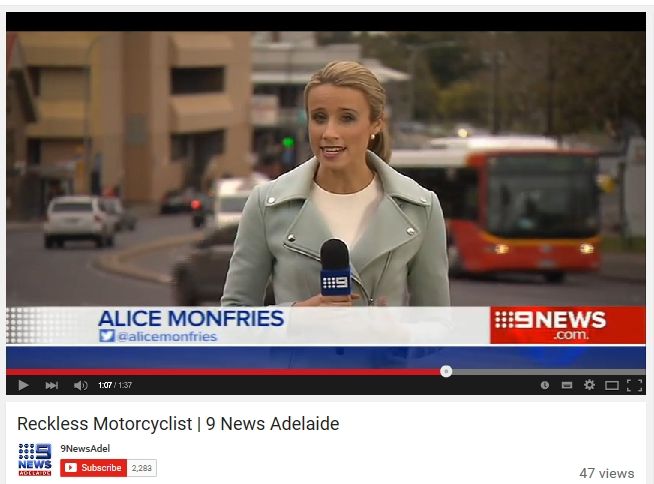 Nadav Golombick, Roadshamer’s Australian webmaster, said there are three key reasons for operating the website:
1. Improving the state of drivers on the road.
2. Deterring drivers from offending.
3. Increasing awareness of the danger of various road offences.

“We name and shame bad drivers by showing their vehicle licence plates and adding them to a database that can be searched by anyone visiting the site.”

The main reasons why people use and appreciate the website are:
* Posting the videos and photos could prevent the offender from repeating the offence.
* The satisfaction that something has been done.
* It reduces their likelihood of committing road rage as the user knows the offender will be shamed.

Nadav and others from Roadshamer view and authorise every image and video before it can be viewed publicly.

Uploaders can select from more than 30 categories including illegal parking, accidents, changing lanes without signalling, cheating traffic,
cutting off another driver, distracted & reckless driving, taking up more than one parking space, driving against the traffic, hit and runs, illegal stopping or parking, illegal u-turns, littering, not stopping at a red light, parking in handicapped parking without a permit, road rage, tailgating, etc.

Nadav Golombick said, “Uploading videos could start make other drivers aware they are being watched and will make them more careful. All most drivers want is to get to where they are going safely. Driving on the road should not be more stressful than it has to be. And careful and law abiding drivers means less injuries on the roads.”

Wendy McWilliams
Previous post Are you an aspiring author? Next post Counting carbs? Then this recipe book is a must.