The solo show by Nicolai Khalezin comprises three performances on 6, 7 and 8 August before it moves to a sell-out run at the Malthouse Theatre.

During the reign of the Soviet Union, Belarusians were prohibited from wearing jeans or listening to rock music. Two decades after the Union’s collapse, buying or selling these rare tokens of the ‘free world’ can still get you arrested.

Nicolai Khalezin gives a candid account of his own experience of incarceration and young love, illustrating how denim became a symbol of freedom under oppression. With a soundtrack by DJ Laurel, Generation Jeans is a vivid insight into modern life under Europe’s last dictatorship.

Belarus Free Theatre is the only theatre of its kind in Europe. Founded in 2005 by husband and wife team Nicolai Khalezin and Natalia Kaliada, its members and students use theatre as an artistic means to resist political censorship and pressure from the government.

Seeking political asylum in the UK in 2011, Belarus Free Theatre is banned in its native country with company members having served time in prison and as a result have had to go into hiding and exile. Despite this the company continues to produce internationally-recognised theatre in the name of artivism, attracting rave reviews and prestigious awards from London to New York.

“It’s something you need to experience and be effected by yourself.” A Younger Theatre

The show is performed in Belarusian with English surtitles.

After the show’s premier on Monday, 6 August there will be a Q&A with founders of the Belarus Free Theatre, hosted by Paul Grabowsky, Executive Director of Monash Academy of Performing Art. [selection of photos of Paul available below]

On Thursday, 2 August at 6pm a free public forum will be held at the Monash MPavilion with Belarus Free Theatre, hosted by Sarah Joseph, Director, Castan Centre for Human Rights Law at Monash University.

About the Alexander Theatre

The Alexander Theatre is part of a $45 million dollar performing arts centre redevelopment. The 561-seat Alexander Theatre, completed in April, includes a state of the art Meyer Sound Constellation system, engineered to give audiences the best sound experience available and the first of its kind in Australia. Address: 48 Exhibition Walk, Monash University, Clayton.

All shows commence at 7.30pm and conclude at 9.30pm (Note: Q&A on 6 August being held after the show).
Free parking is available for all evening shows at Monash University.
In addition to the food and beverage menu at Alexander Theatre, Monash now has a great range of food offerings to enjoy before a show including pizza and pasta from Joe’s Pizzeria, fresh and delicious Mexican cuisine from Guzman y Gomez and more.
https://mapa.monash.edu/your-visit/getting-to-the-venue/alexander-theatre/ 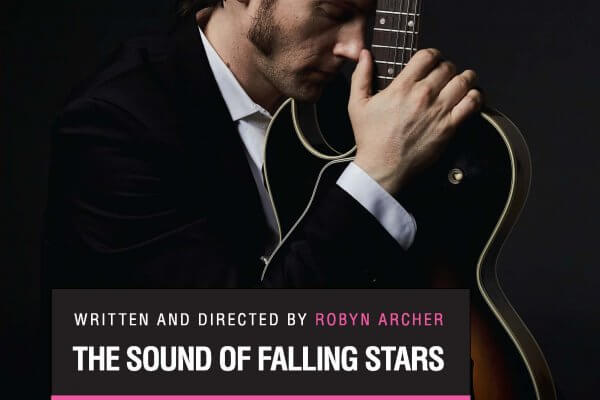